February 15th, 2018 - Interview and photo on the cover of Calcutta Times newspaper in India.

**A collection of articles, music reviews, and media appearances**

"Great songwriting and voice. Sounds amazing live solo or with a backing band."

"Rani Weatherby electrified the audience at the Band in Seattle performance last Monday. Her beautiful eyes hypnotized those in attendance at Victory Studios while she sang the amazing tune Garlic Press - the first hit ever about a kitchen implement. Rani made the ukulele have new meaning for those in attendance that night. What fun. What a magic spirit of great music - backed by an incredible team of artists. I will never think the same about a garlic press again."    - Conrad Denke, CEO of Victory Studios 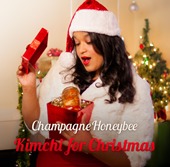 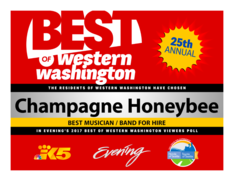 February 3rd, 2018 - Write up about Rani's Kolkata visit and performance from United News of India. 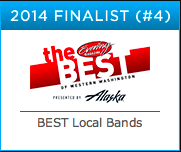 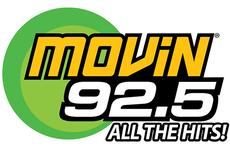 Read the full write up HERE.

Watch the announcement at 14:23 HERE. 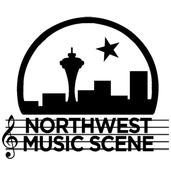 "At times invoking greats like Aretha Franklin, yet in the tender moments there are impressions of Karen Carpenter. Few singers can emote between the tender soft moments and deliver power when a song calls for it. Rani does both."

April 25th, 2016 - Stellar review of the "Once in a Lifetime" EP from Northwest Music Scene. 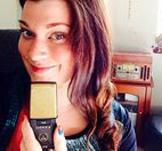 "Rani is a delight to work with and to watch. Her performance was engaging and she knew exactly who she was performing for. A big voice, a big personality, and a HUGE yes in my book. Go see her if you can!"   - Clayton Weller, Co-Founder of The Pocket Theater

April 6th, 2018 - Champagne Honeybee was asked to compose and record an original radio ad for Verity Credit Union, which is currently airing on Seattle's Movin' 92.5 radio station.  You can listen to the song and watch footage from the studio session HERE.

March 10th, 2016 - Review of "Once in a Lifetime" EP by Sabrina Hamilton from Nine of Wands   Productions.  Read the complete review HERE.

"She came, she sang, and she won hearts." 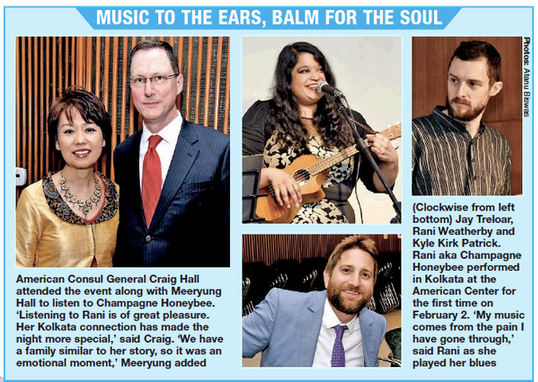 "When we start discussing all of the great female singers that call the northwest home these days, a name that should be very high on anyone’s list is today’s featured artist, Champagne Honeybee."

Review of Champagne Honeybee's performance at the U.S. Consulate in Kolkata on February 2nd, 2018, featured in the Calcutta Times newspaper.  Watch a clip of the performance HERE.

"I am going to pack as much of India as I can fit in my suitcase.”

Read the rest of the interview  HERE.

May 18th, 2011 - Blog post about the first Champagne Honeybee show, opening for The Walking Willows.

"Her music was whimsical and wonderful." - Stephen Cohen, The Walking Willows

"The opening track, 'Once in a Lifetime' is a classic feel good rock and roll track, led along by Rani's determined vocals causing head bopping happiness."

"Turns out, Champagne Honeybee is a ukulele player who writes songs about heartbreak (and so much more)."

"No Love Songs was very uke-centric but Once in a Lifetime dares to explore and build, and the outcome is extremely rewarding." 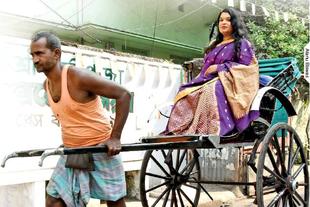 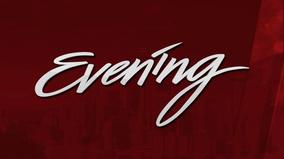 April 1st, 2016 - Write up about "Once in a Lifetime" for GigTown's  Featured Artist Friday.

February 2nd, 2015 - Review of the No Love Songs EP by Sabrina Hamilton, from Critical Sun Radio